If the amount of excitement and anticipation about Kenny Belaey’s weapon of choice were to match the length of this announcement you’d be reading the first lines of a book. However Kenny would rather spend time on his new Hope bike!

Belaey, a nine-time trialbike world champion and cycling icon, enjoys a long-standing relationship with Hope Technology. Elite bicycle components engineered and produced in Barnoldswick have been tried, tested and approved by Kenny in all four corners of the globe and on literally any terrain from gravel to rocks and asphalt to snow, ice and slackline.

Always keen to push into new territory ‘The Magician’ has been riding mountainbikes alongside his trialbike for media projects, shows, selected races in Enduro or Eliminator and just for the heck of it. From now on he’ll continue to do just that with Hope’s ground-breaking full carbon HB.160. The epic All Mountain/Trail style bike was presented to Kenny at the Velofollies bike show in Kortijk, Belgium last weekend. 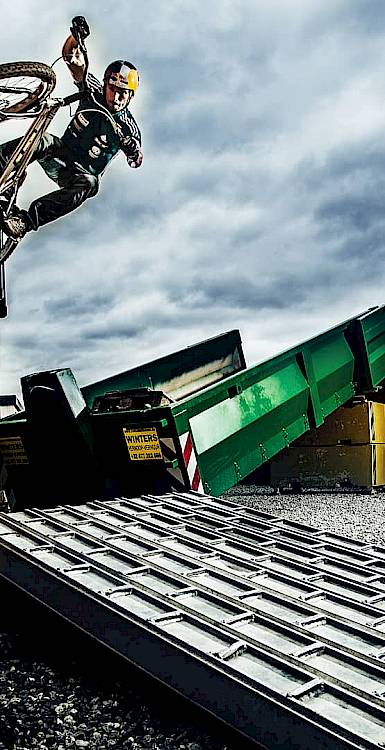